SEE MORE of our 2021 Jazzy Sundays
Sponsors and Partners

Emancipation Park Conservancy is partnering with Discovery Green and Buffalo Bayou Partnership this fall to celebrate the legacy and evolution of jazz in Houston with Jazzy Sundays in the Parks, a live music series made possible by the Kinder Foundation. 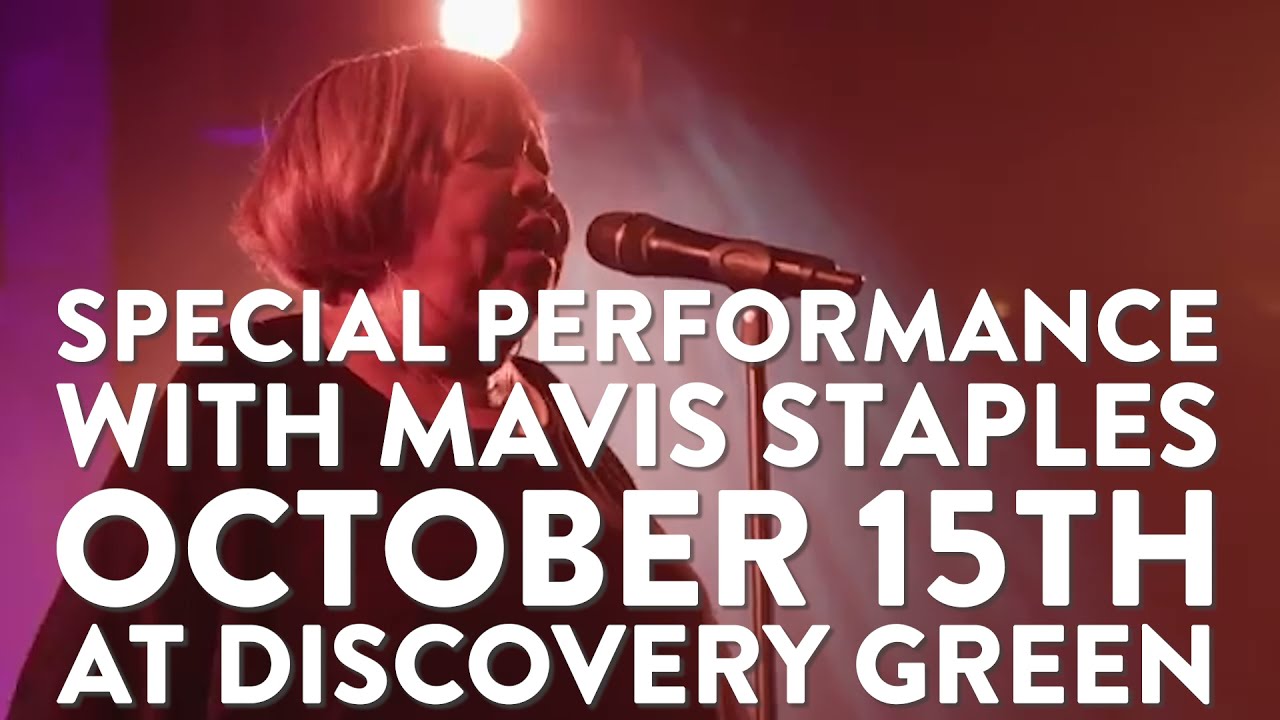 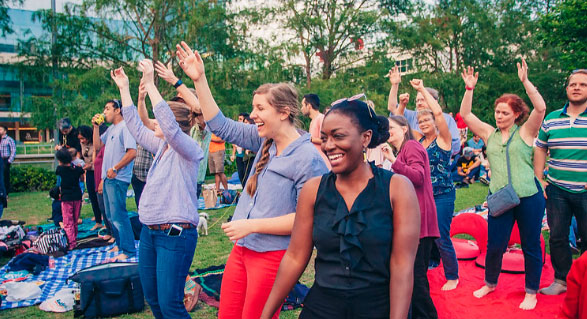 The series features free, family-friendly concerts every Sunday from 4:00 p.m. to 6:00 p.m. in September at Emancipation Park, every Sunday in October at Discovery Green and every Sunday in November at The Water Works in Buffalo Bayou Park. Legendary jazz performers, such as Conrad Johnson and Jewel Brown, will be highlighted alongside up-and-coming artists, such as The Peterson Brothers.

In person and virtual safety precautions per COVID-19 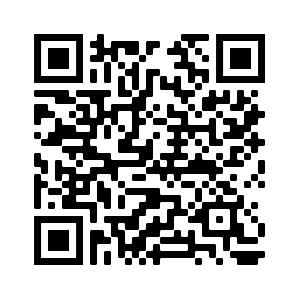 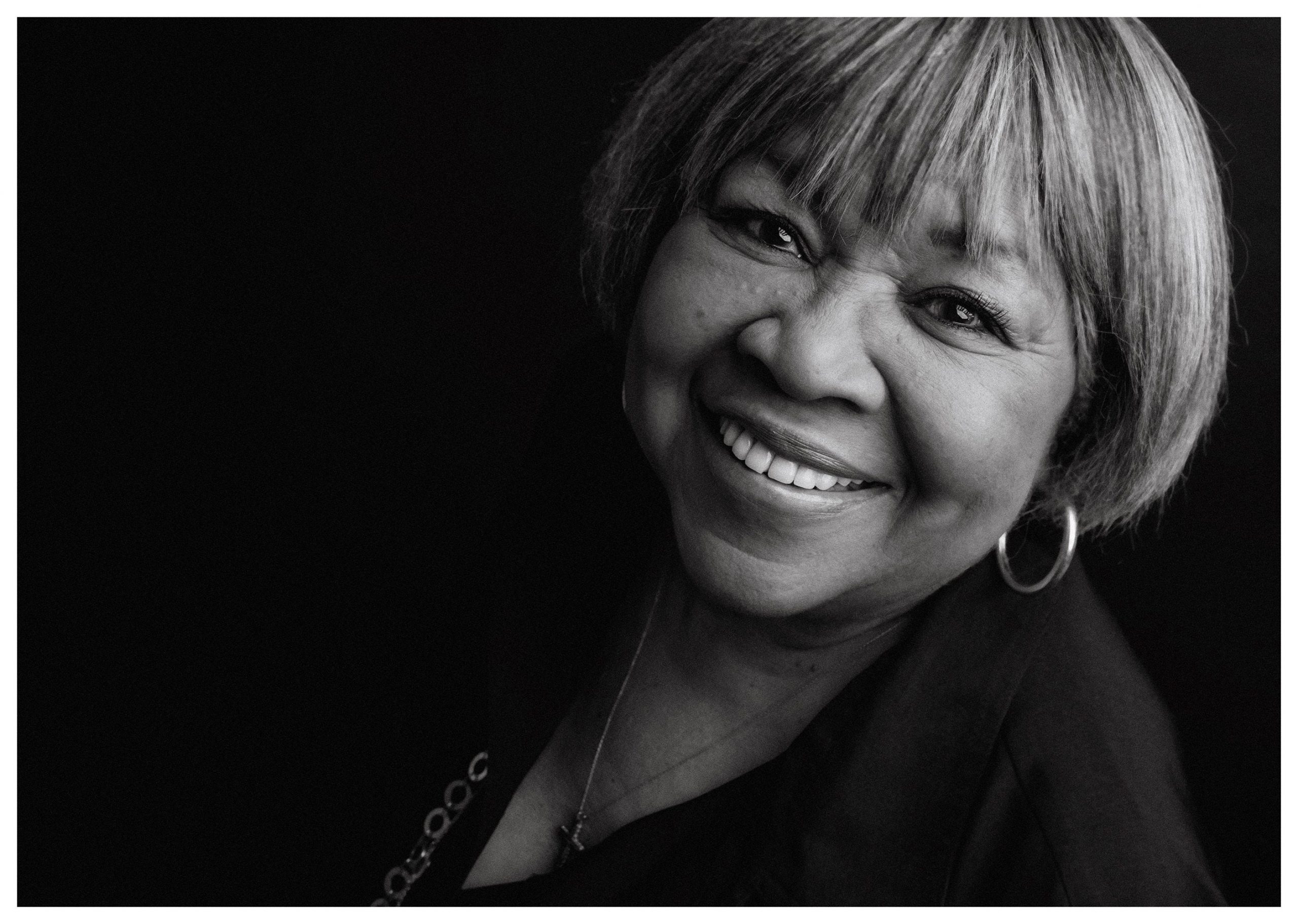 Acclaimed American gospel and R&B singer and civil rights activist Mavis Staples headlines with an opening performance by rising star and Kinder HSPVA graduate, Marcos Varela. Made possible by support from The Kinder Foundation as part of the Jazzy Sundays in the Parks series.

"I'm singing these songs to inspire you, to keep you going, to lift you up and give you a reason to get up in the morning."

The Conrad Johnson Orchestra–formally known as the Conrad O. Johnson Big Band–was formed in the mid 1960’s and is composed of over 20 musicians who have played together for more than 30 years. The Orchestra honors the late Conrad Johnson’s music style, which contributed to Houston’s deep musical heritage. It is currently directed by James Williams, Jr. 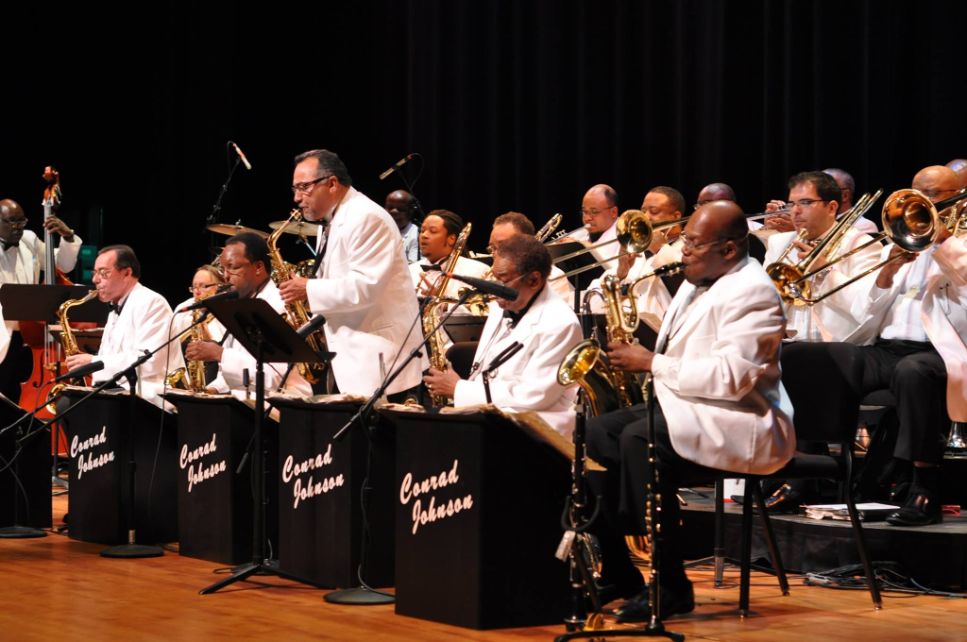 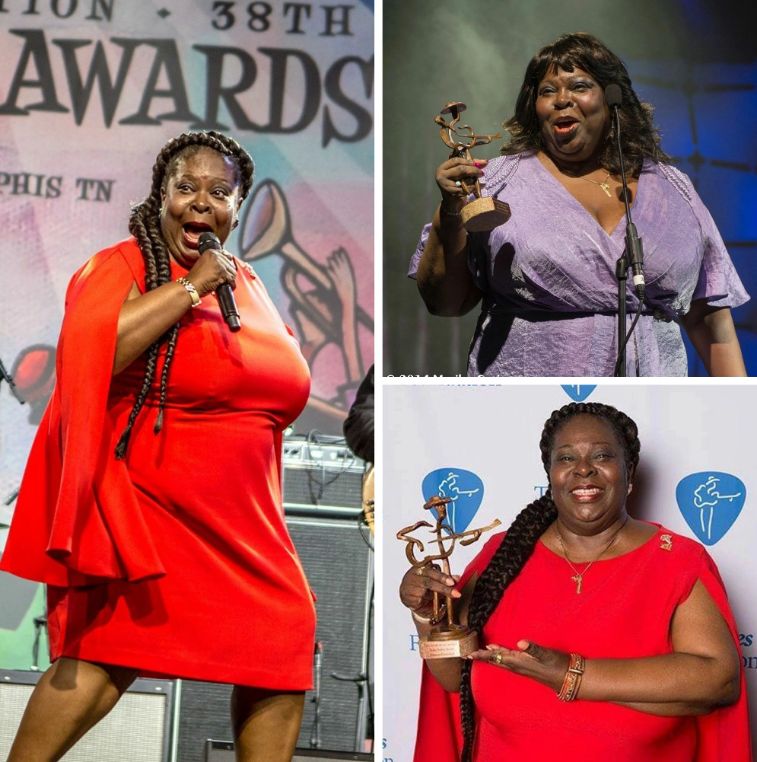 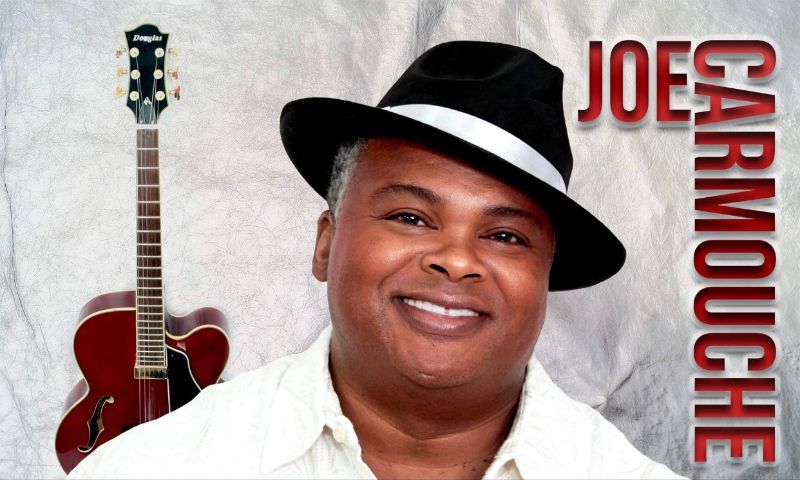 CANCELLED DUE TO WEATHER FORECAST

Diunna Greenleaf is a native Houstonian with a background steeped in gospel music and influenced by the likes of Koko Taylor, Aretha Franklin, Rosetta Thorpe, Sam Cooke, Charles Brown and her own parents Ben & Mary Ella Greenleaf. In the tradition of so many other great Texas blues musicians, she has developed her own style that combines intricate patches of jazz, gospel and heartfelt soul to create a kind blues that takes one on an emotional roller coaster ride.

Joe Carmouche has played with such musical greats as Joe Sample, Ronnie Laws, Tom Browne, Michael Henderson, Mikki Howard, Kirk Whalum, Everette Harp, Kyle Turner, and many more. His band has opened for Michael Franks, Boney James, Jeff Lorber, Confunkshun, Norman Brown, and Jonathan Butler. Joe has a cameo appearance in the movie ThunderSoul - the story of the Kashmere High School Stage Band. From 2009-2021, Joe was employed by HISD where he developed and directed the award-winning MacGregor Elementary Guitar Ensemble.

Lavelle White Originally from Houston, this Texas Music Hall of Fame inductee is a living legend and queen of soul and blues. Lavelle White has performed with James Brown, BB King, Sam Cook, Isley Bros. and more. She is now based in Austin, Texas. 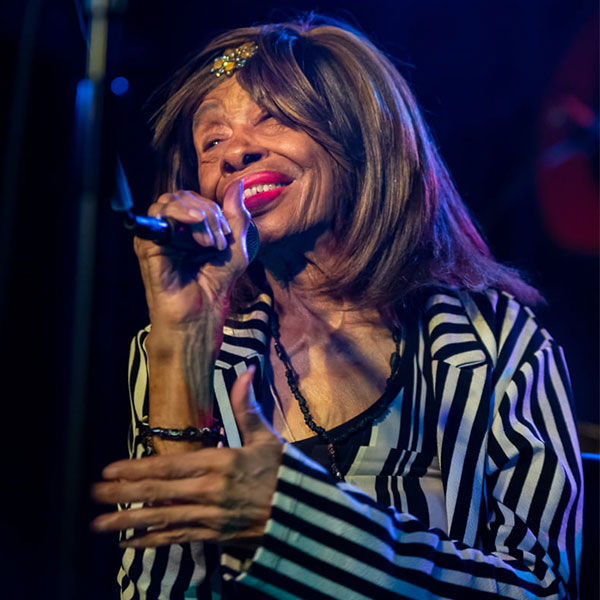 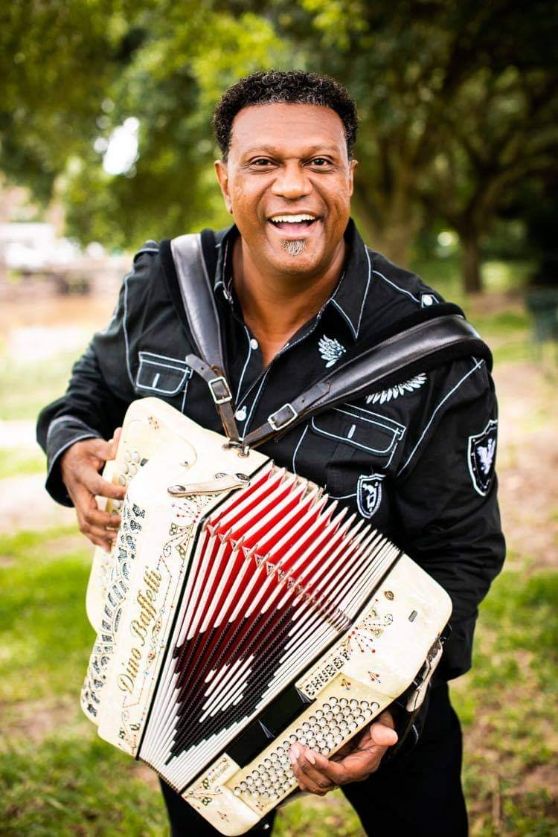 If you haven’t experienced the high energy, swamp funky zydeco sound of Chubby Carrier and the Bayou Swamp Band, it is time you join the legions of fans that have. Once the accordion-playing virtuoso grabs the mic and takes the stage with his bandmates, audiences are treated to a show like no other. Chubby’s sound is infectious–a concoction of blues, 70s funk, rock and roll and good-ole zydeco flavor–and makes even timid individuals get their feet a movin’.

To learn more about the Jazzy Sundays please contact Kynetta Moore at events@epconservancy.org or 346-319-3036 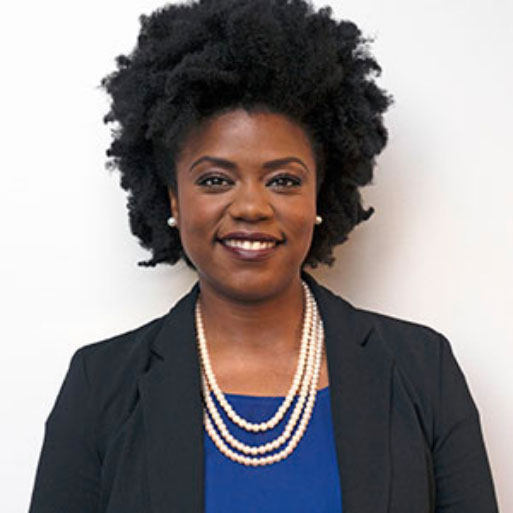 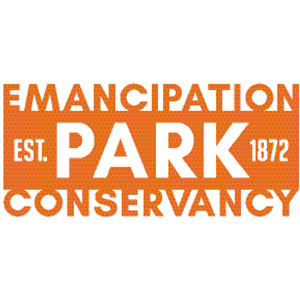 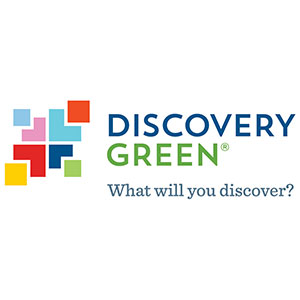 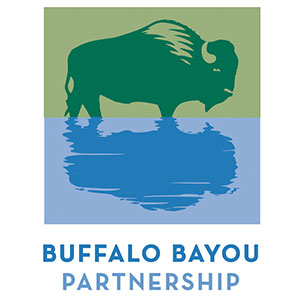 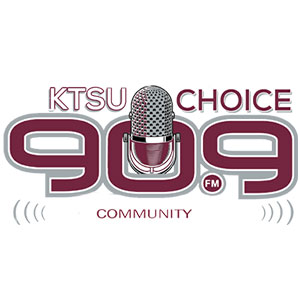